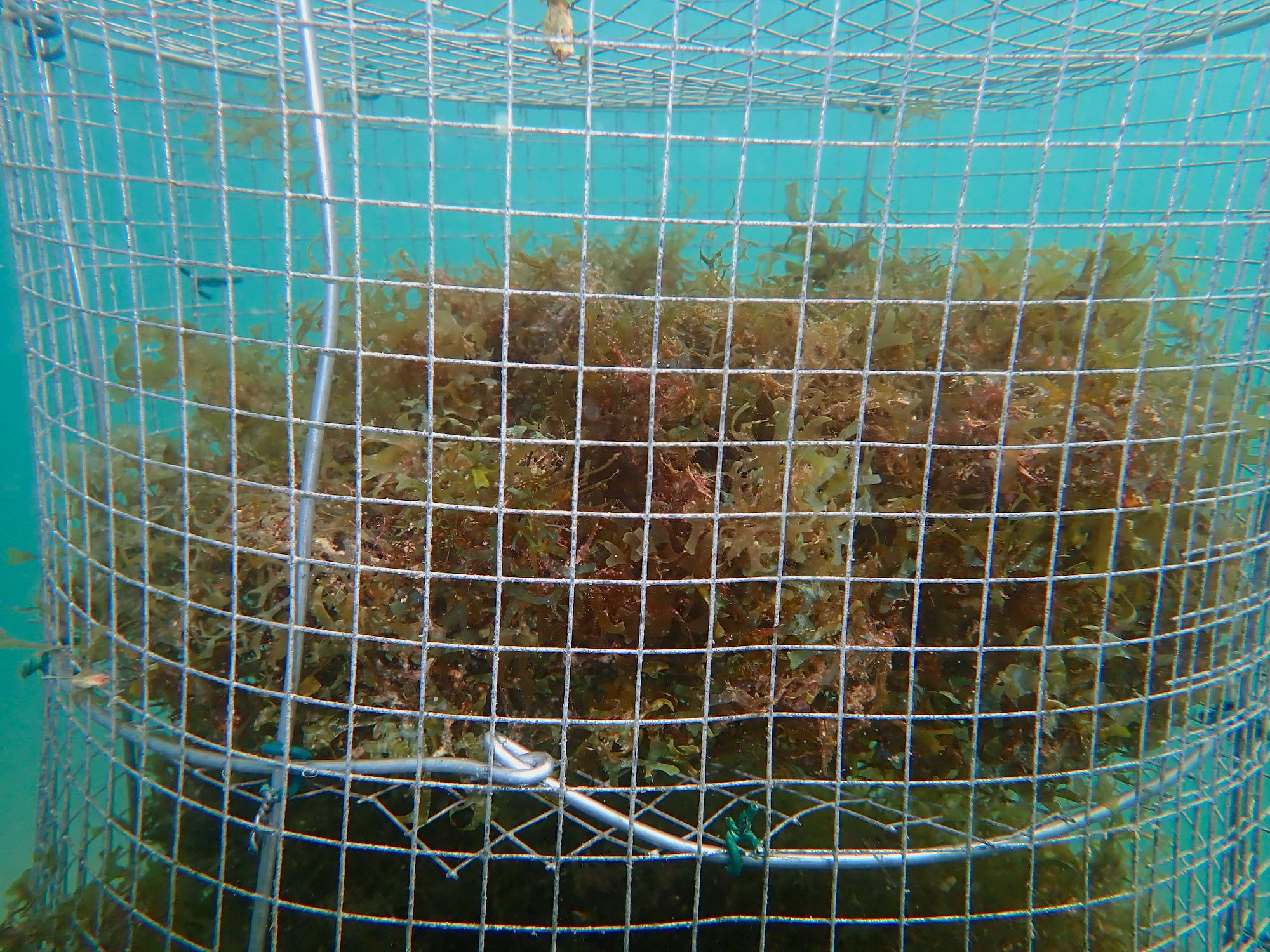 Chlordecone is an organochlorine pesticide used between 1972 and 1993 in the French West Indies to control the banana weevil. This molecule, which is highly persistent in the natural environment, has been the subject of numerous studies on its ecotoxicological effects, its capacity to accumulate in agricultural products and water quality. The objective of the DIREC project is to study the bioaccumulation of this molecule in coastal macroalgae in Guadeloupe, particularly those of the genus Dictyota, which have already been identified as chlordecone bioaccumulating organisms. To this end, experiments on the accumulation kinetics of the molecule will be carried out in situ and in a controlled environment. The proteolytic and metabolomic properties of Dictyota will be studied in order to understand the accumulation mechanism. Finally, these macroalgae will be tested with a view to manufacturing activated carbons for the filtration of contaminated water.

A first sampling campaign, carried out in 2020, has enabled a contamination map of macroalgae of the genus Dictyota to be drawn up. For this, macroalgae and seawater samples were collected from six study sites, contrasting in terms of terrigenous inputs. Macroalgae located downstream of the contaminated streams (Petit-Bourg, Capesterre Belle-Eau and Vieux Fort) showed high concentrations (up to 629 µg.kg-1).

The transplantation experiment was carried out in January and February 2021. Nathan Schaal, a student at the University of the West Indies, joined the RECAP team on this occasion as part of his Master 1 internship. Samples of contamination-free macroalgae (taken from the Port-Louis "control" site) were positioned in cages off the coast of Petit-Bourg. The macroalgae were then recovered at seven different time steps over a month to study the kinetics of contamination. Initial results indicate that the macroalgae reach a chlordecone concentration of about 45 µg.kg-1 after one week of exposure to the contamination.

The next stage of the project is to carry out the contamination experiment under controlled environment and to compare the proteomic characteristics of the macroalgae from the impacted sites with those from the control site. 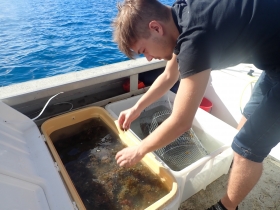 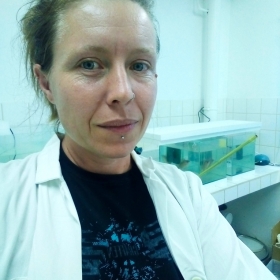