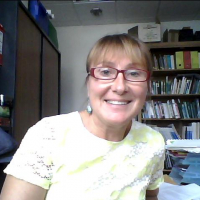 Through the various research programs, the studies which I conduct on seaweeds are declined according to three levels: the coastal ecosystem, the communities and the organism respectively providing knowledge on the functioning of ecosystems and the impacts of the anthropic activities, on the dynamics of macroalgae, on the ecophysiology, on algal morphogenesis, and also algal molecules. Two main axes are developed:

The regional problem of mass stranding of seaweeds led me to develop an environmental theme on the use of macroalgae as bioindicators of the quality of marine environment. Because of the symptoms of the impact of human activities in the coastal marine environment and in particular of nitrogen inputs, I try to use seaweeds as a tool to assess the quality of coastal waters in order to understand the genesis of accumulations summer affecting some coastal areas, the monitoring of the isotopic signatures (δ15N) in algae allowing to identify the origin of the anthropisation on the coastal ecosystem (urban/agricultural) and to map the sensitive coastal areas. Ultimately this research program could be used as a support of biomonitoring in order to define and set up a system of evaluation of the littoral quality of coastal waters by seaweeds in Lower-Normandy.

 Co-director of thesis of Stéphanie Lemesle. Bioindicators of the marine environment. Use of the macroalgae like a tool for evaluation of the biological quality of coastal waters. Answer to problems of massive beachings seaweeds

 Coordinator UCBN for the region research program (2012-2015) : Initiative and partnership synergy for development of innovative and sustainable practices in answer to the needs for the professionals. Agriculture and marine resources. Development of phycoculture as part of the diversification of the shellfish farming. (NORMAND' ALG)

My teaching activities are carried out to IBFA (Institute of Fundamental and Applied Biology) and ESIX (College of Engineers Food) of UCBN.

 Expertise for the national police force

 Member of Regional Scientific Council of the Natural Heritage of Lower-Normandy since 2007. 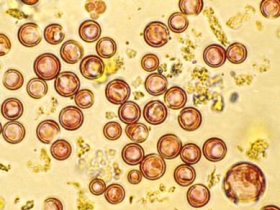