My objective is to study the multiple facets of communities (taxonomic diversity, trait / functional diversity, phylogenetic diversity, etc.) at large spatial scales, to better understand the multiple impacts of environmental changes on biodiversity and its multiple components.

I teach courses in ecology, statistics and modelling and conservation biology in the masters of the Museum.

I am working closely with the ‘Service du Patrimoine Naturel’, an institute of the Museum which is responsible for compiling and mapping data on the biodiversity of France. I am therefore studying the databases of the ‘Inventaire National du Patrimoine Naturel’ (INPN – National Inventory of the Natural Heritage) to provide tools useful for nature managers, policy makers, such as biodiversity indicators. 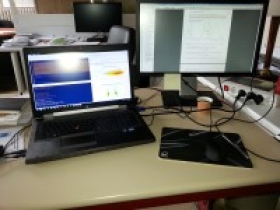