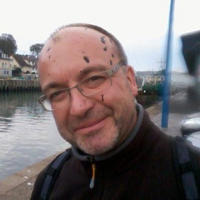 Main model: the cuttlefish Sepia officinalis.
Three types of controllers are considered: (1) neuropeptides associated with the onset of spawning, (2) ovarian regulatory peptides involved in controlling the transport of oocytes in the genital tract and in the secretion of capsular products, (3) peptide and polypeptide sex pheromones suspected of being responsible for the mating and the aggregation of mature cuttlefish on egg-laying areas.
Large scale production of transcriptomic data performed since 2012 from organs taken at different stages of maturity, allows for specific analysis in silico based on structural criteria and identify expression products by mass spectrometry. A list of (neuro) peptides candidates were finally established on the basis of tissue and temporal expression patterns.
The functional approach performed with mimetic peptides is based on myotropic tests (contraction of the oviduct, accessory glands of the reproductive tract, etc.), cell tests (mainly ovarian follicles) and behavioral tests in Y maze or open space.
A comparative approach is also developed on the Sepia officinalis versus Crassostrea gigas to understand the respective levels of involvement of the three types of regulators identified in marine mollusks that exhibit very different reproductive behaviors.
A thesis funded by the Basse-Normandie (2014-2017) explores the mechanisms of control of spawning with a comparative approach focused on both main models of marine mollusks studied in our lab: cuttlefish and oyster.

Development of aquaculture is reflected by an increase in demand for aquaculture feed. Because of the importance of nitrogenous compounds of low MW for species of aquaculture in feeding behavior, nutrition and health, the use of co-products of marine origin has become the specialty of our private partner, SPF DIANA Aquativ company. In this context, Aquativ develops and offers functional hydrolysates for the formulation of food for fish and shrimp reared in aquaculture.

If performance of hydrolysates could be shown during livestock trials on several species of aquaculture interest, there remains a need for product characterization and understanding of mechanisms of action.

As part of a collaboration that began in 2011 with a thesis, and a renewal which results in a second thesis, we investigate the structural and functional characterization of two functional hydrolysates from each co-product of L. vannamei and O. niloticus. A transcripto-peptidomic approach is developed for the realization of molecular weight profile hydrolysates, for identifying hydrolytic peptides and to determine their tissue origin. The functionality of hydrolysates is checked by performing antibacterial tests on strains of pathogens encountered in intensive aquaculture systems as well as antioxidants tests. Finally, in close collaboration with the R & D department of the private partner, zootechnical tests (feeding challenge) allow monitoring of specific biomarkers in intestinal absorption and immunity by q-PCR or RNAseq in order to establish a link between the level hydrolysis, growth and health status of reared bars. 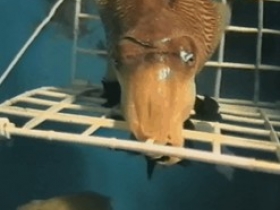