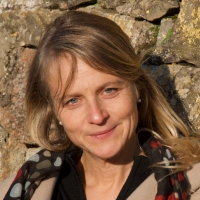 Our research topic deal with organogenesis of the central and peripheral nervous system and the sensorial structures associated, in an adaptive context. We work, with this mollusc showing very derived characters, on the genes and molecular pathways involved in the neurogenesis: in particular transcription factors (Pax and NK families…) and morphogens (shh) but also receptors and their ligand involved in the perception and/or relation with the environment (dopaminergic/serotoninergic receptors). We test in Sepia some environmental factors such as the light, in order to test selective constraints during the development.

I develop in collaboration with the Team1, a study around the cuttlebone (the shell) of Sepia during embryonic life, i.e. before hatching. We determine the organic and mineral coupounds in the different part of the shell as well as the dynamic of mineralisation in order to elaborate hypotheses on the shell evolution in the cephalopod lineage. In parallel, a comparative study of the genes-and their roles- involved in shell development is performed.

Results obtained on the cuttlefish as a Lophotrochozoan model allow to explore in a comparative approach the evolution, the diversity and the role of the genes and molecular network involved in the setting up of an organism, in the aquatic coastal environment. 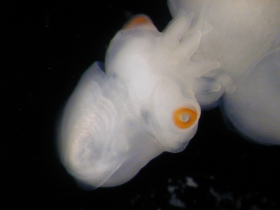