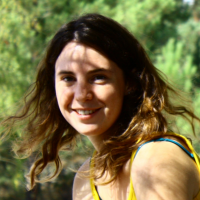 This project focuses on neurogenesis dynamics in relation to environmental conditions in the cuttlefish Sepia officinalis using an « eco-evo-devo » perspective. The central nervous system and the dopaminergic system will be studied both during embryogenesis and growth to find out whether there is a relation between neurogenesis and acquisition of cognitive abilities at different steps of biological cycle.

During both embryogenic development and growth, neurogenesis allows organisms to increase their performances. The dopaminergic system controls sensorial, cognitive (learning and memorization) and motor (locomotion, nutrition) abilities. It also plays a role in the perception of environment. Cephalopods show a peculiar organization of their central nervous system in relation with various neurotransmitters (catecholamine and others) and unique cognitive capabilities among Lophotrochozoans. Studying the differentiation of dopaminergic neurons (enzymes involved in synthesis and receptors) will allow to link it with acquisition of complex behaviour during development and to assess the impact of environmental cues on neurogenesis and differentiation. Among many external factors we wish to test the influence of light. Indeed, during embryogenesis, Sepia officinalis eggs are found in the intertidal zone where they are exposed to important variation of light. The eggs are surrounded by a dark capsule that slims down leading to increase the amount of light that reaches the embryos during development. We hypothesise that light plays an important role in the maturation of the cognitive systems at the end of embryogenesis but not at early embryonic stages (protected by the opaque capsule). Experiments have been carried out to assess the impact of different photoperiods on qualitative and quantitative expression of target genes.

The results will give better insight on the evolution of genes and physiologic functions linked to the dopaminergic system in Metazoans. It will also bring a better understanding of evolutionnary plasticity and developmental neurogenesis in response to an environmental factor, the light.