The aim of the project is to prospect rivers in East New Britain and on the western coast of New Ireland in order to complete the list of PNG freshwater fish species. Indeed the project will lead to generate and/or update the list of New Britain and New Ireland freshwater fish species with their status, we will then: (i) know which species are present in rivers and streams of New Britain and New Ireland; (ii) provide information concerning their taxonomic status, distribution, rarity, habitat and environmental requirements and their overall ecology; and (iii) contribute to the writing and implementation of recommendations that could be included in any freshwater species recovery plan (i.e protection of riparian margins and catchment areas…). Members of the BIOPAC team already has a long experience in the field of tropical freshwater fish taxonomy. After one previous PNG survey in 2018, and four Solomon Islands surveys (2013, 2016 and 2019) we described 14 new species of Gobiidae (e.g. Sicyopus beremeensis Keith et al., 2019, Sicyopterus elomionearum Lord et al., 2020) as well as two Eleotridae (Belobranchus segura and Eleotris bosetoi, Menesson et al., 2016) and there are at least 8 new species of Eleotridae currently being described.

Our knowledge on PNG freshwater fauna has been improved in the previous years but we need to know more. The ultimate goal is the writing of a field guide to freshwater fish species of New Britain and New Ireland that could be useful to students, environmental managers, children and families... The field mission will take place in October-November 2021 during a 3-week field mission. 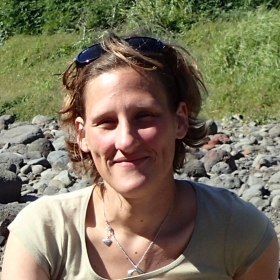