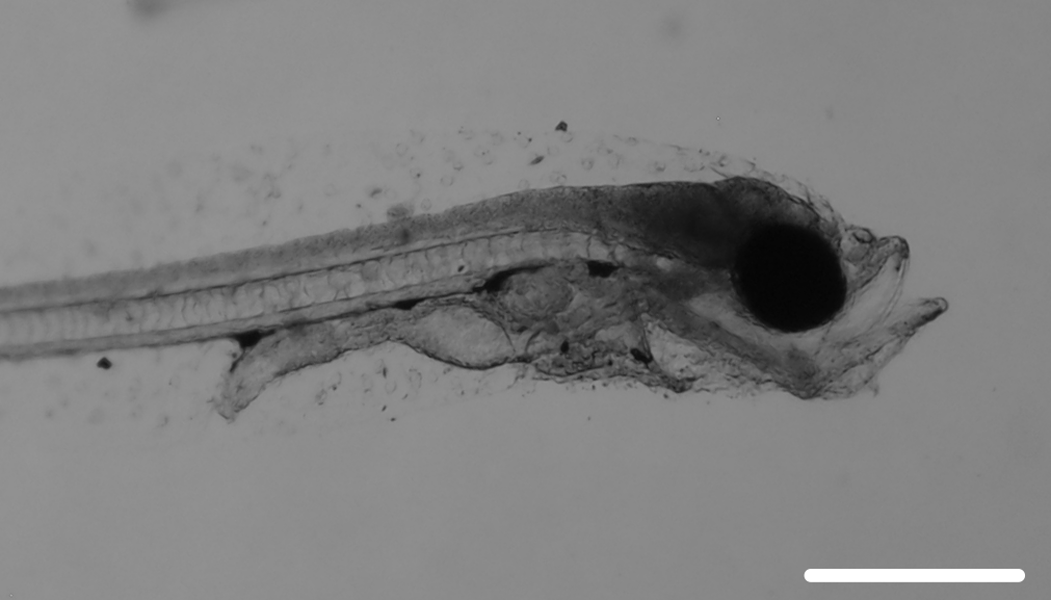 Water warming induced by human activities can impact fish larvae survival, notably because it influences larval development and prey abundances. Amphidromous gobies of the subfamily Sicydiinae are particularly sensitive to this threat as the newly hatched free embryos are poorly developed and the first feeding opportunity only occurs after they reach the ocean. Here, we studied how water temperature (21, 23, 25, 29 and 31 °C) impacts early development stages of Sicyopterus lagocephalus in both freshwater and marine aquaria (salinity 35). We monitored survival time, larval condition, and the occurrence of critical developmental events such as mouth opening, yolk sac and oil globule resorption. In freshwater, the survival exceeded 150 hours at 21 °C, while it dropped below 50 hours at 31 °C. In seawater, the larval development of unfed larvae was significantly affected by temperature, survival time being greatly reduced in warmer waters. Accounting for the observed duration between mouth opening and the resorption of the oil globule, we estimated that larvae need to find suitable prey in seawater within a short time: around 30 hours during the peak of reproduction in summer. Otherwise, their endogenous reserves become depleted and their condition degrades. This study emphasizes the sensitivity of free embryos to stream flow alterations, which contributes to the increase in water temperature and to the slowing down of larvae drift to the ocean. We conclude that once in seawater the temperature and feeding conditions experienced by amphidromous larvae are critical for survival. 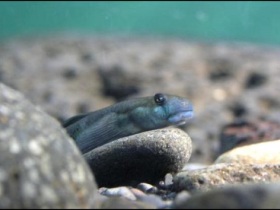 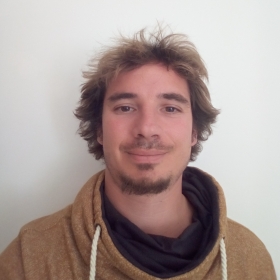