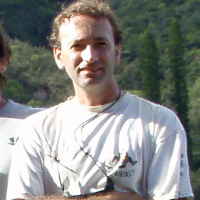 In the Indo-Pacific area, rivers of oceanic islands resulting from tectonic and volcanic activities are mainly colonised by freshwater species that exhibit a life cycle adapted for the colonisation of these systems. Since oceanic islands are physically disconnected and isolated from potential sources of immigrants species from the mainlands, only migrating species including a marine stage during their life cycle are able to colonize such remote river systems. These organisms show such physiological characteristics that allow them to colonize the oligotrophic rivers of oceanic islands subject to extreme annual climatic variation. They spawn in freshwaters, the free embryos drift downstream to the sea where they undergo a planktonic phase, before returning to rivers to grow and reproduce, hence they are called amphidromous. The practical details of their biological cycle and the parameters leading to such evolution are poorly known. These species, however, contribute most to the diversity of aquatic communities in the Indo-Pacific islands and exhibit the highest levels of endemism.

At certain times of the year, for some fishes or shrimps, the biomass of larvae migrating upstream is so great that they represent an important source of food for local human populations in archipelagos and particularly in Indonesia. However, harvesting of this food resource is highly unsustainable, on account of the complexity of the species’ life cycle.

In this context, we developped since 15 years with my team many studies on ecology, taxonomy, management and conservation of this type of species in Indo-Pacific areas, particularly in Indian and Pacific islands. My research were focused more particularly on the study of life-history traits of the freshwater gobies and shrimp species (migration, recruitment, distribution…) to know better life-cycles, larval life durations, and to characterize flows between regional populations.

We also try to create didactic inter-disciplinary tools for the restitution towards local communities and managers, such as training and valorization, with the acquisition of taxonomic, biological and ecological bases for the improvement of knowledge about migratory freshwater species.

Curator of fishes in the National Museum of Natural History of Paris.

About 250 papers, 90 communications and/or posters in congress. 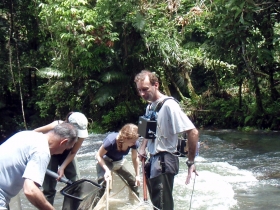