Lake Titicaca is the largest South American freshwater lake (8.300 km2, 170 km x 60 km) and the highest of the World Great Lakes (3.810 m s.n.m.). Located on the Altiplano between the two Andes Cordilleras, transboundary between Peru and Bolivia, it is both a tropical (16 º S, 69 º W) and a mountain lake, which gives it unique features worldwide. This endorheic lake contributes to the regional microclimate. It is a 'hotspot' of biodiversity and endemism, but some species are endangered there. Still intact four decades ago, today, following the mining, industrial and urban contamination, shallow areas are polluted and eutrophic, such as the estuaries of the major rivers Ramis and Suchez as well as the bays of Puno, Copacabana, and in particular Cohana within Minor Lake, as the outlet of El Alto city (1.2 million inhabitants) founded 15 years ago. Paradoxically, Lake Titicaca has never been continuously monitored on the long-term.

In order to monitor the water quality, the hydrological and hydro-biological resources, as well as to predict or at least anticipate extreme events induced by climate changes and anthropogenic pressures – like micro-phytoplankton blooms (proliferation) due to eutrophication and biodiversity losses due to contamination – but also check the improvements expected following the initiation of future wastewater treatment plants, the Binational Observatory of Lake Titicaca (OBLT) is gradually being implemented since 2015, driven by Xavier Lazzaro (IRD/BOREA). The OBLT results from the collaboration between scientific and technical institutions in Bolivia (UMSA, VRHR/MMAyA, IPD PACU/MDRyT, UOB, SENAMHI-BO) and Peru (IMARPE, PELT, SENAMHI-PE) with the French Cooperation (IRD Representation in Bolivia with UMR BOREA, GET, LTHE and ISTERRE). It works thanks to interactions between different modules of measurements (dedicated research programs, binational expeditions, data/satellite images, continuous automated monitoring), database storage, analysis and visualization (information system, spatial data infrastructure) and actions (dialogue, governance) coordinated between scientists, policy makers and the civil society.

Lake Titicaca is a fieldwork site where multidisciplinary research are developed concerning:

Links to institutions and researchers

SPECIAL MENTION: We deeply thank all the Catari family of Huatajata, especially Don Ramón, Don Máx, Erik and Ruben, to share their experiences, infrastructures, and friendship with us. Without them, for nearly four decades, we would not have lived this scientific adventure on Lake Titicaca. XL 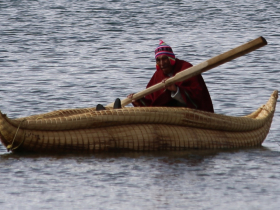 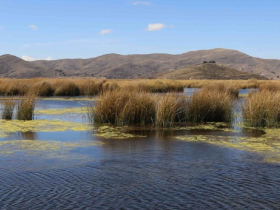 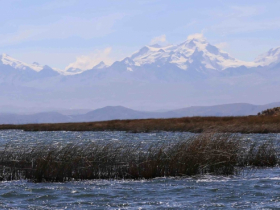 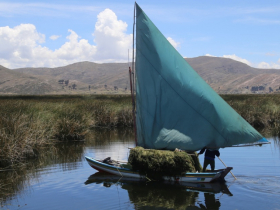