1. Tropical short, steep coastal streams are dominated by diadromous species, especially amphidromous fishes, crustaceans, and molluscs. We undertook a study to determine the distribution of fishes along the stream continuum and determine if substantial natural instream barriers influenced assemblage composition.

2. We surveyed fish assemblages in three short, steep coastal streams in the Australian Wet Tropics by snorkelling and performing single pass counts in each 100-m section along the entire main channel from the high-tide mark to the source. A primary focus was mapping the distribution and relative abundance of sicydiine gobies, and we also estimated freshwater crustacean numbers (Palaemonidae and Atyidae).

3. In total, 2,837 individual fish of 25 species were recorded upstream of the high-tide mark across the three streams and the first records of an additional sicydiine goby (Smilosicyopus leprurus) were obtained from continental Australia. Consistent with findings from tropical Pacific island streams, we observed a shift in fish assemblage composition along the elevation gradient and in relation to major instream barriers. Species richness of diurnal predatory fishes was greatest in the lower course of streams and absent upstream of major instream barriers. 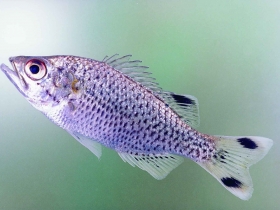 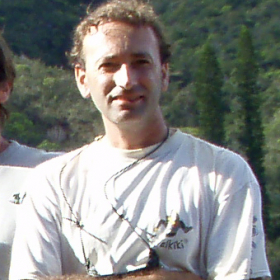