This will be done by mobilizing and integrating information available in published articles, books, gray literature, online databases, foreign and national museums and universities and by checking for systematic reliability and consistency for each species recorded. For each record, the distribution and current status (valid species name or synonym) will be reviewed using as nomenclature authority file the California Academy of Science’s Catalog of Fishes CAS. Sampling gaps will be identified and field studies organized to fill, as far as possible, those gaps to get the most up to date and comprehensive coverage available for freshwater species distributions at the Amazon Basin scale.

A Geographic Information System (GIS) will be associated to the biological database and all environmental factors meaningful in explaining fish species distribution will be calculated over a 0.5° x 0.5° grid (i.e. environmental factors related to geographical isolation, habitat diversity, contemporary climate. A basin-wide biogeographic analysis will be performed at the sub-basin scale using species richness, endemism and beta diversity descriptors. This will allow defining degrees of irreplaceability and representativeness of the different sub-basins (i.e. “hotspots”).

Future climate projections under the four scenarios for years 2050 and 2080 will be further derived from the most commonly used ultimate GCMs and consequent shifts in species range distribution and species extinctions will be evaluated. The present project will generate a high quality freshwater fish biodiversity database for the entire Amazon drainage basin that will further serve as a basis for (1) analyzing future trends in fish community patterns due to climate change, and (2) to help developing regional conservation programs and contribute to large scale transnational ecosystem management.

No such data are available at this time. Indeed although the Amazon basin concentrates the highest freshwater biodiversity on earth, the knowledge on the spatial distribution of these organisms is greatly deficient and large taxonomic and sampling gaps prevent a comprehensive analysis and modeling. Our project aims at filling these gaps, an essential need for understanding this unique ecosystem that has produced such high freshwater fish diversity. 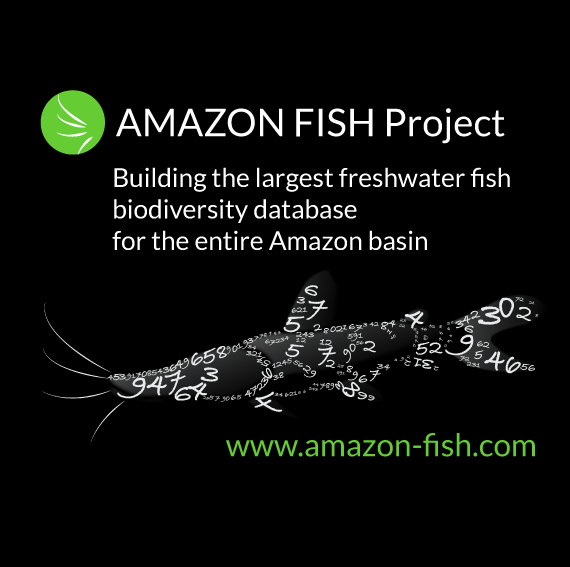