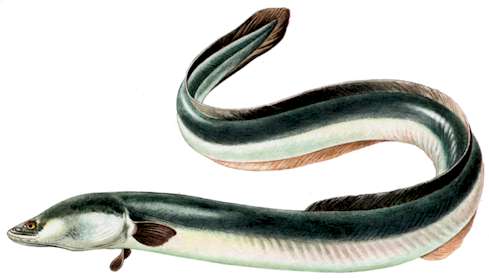 IMpacts of Metallic and ORganic contaminations of the Gironde and St Laurent systems on two Threatened species, the European and American EELs

The European and American eels are two economically, ecologically and culturally important fish species currently considered in decline and, in the case of the European eel, threatened of extinction. These fish exhibit a complex life cycle. They are born and breed in the Sargasso Sea. Larvae then drift towards the European and American continents, where they metamorphose and invade freshwater systems to grow (yellow eel phase), before departing for a long migration back to where they were born to breed and die (silver eel phase). Among the causes mentioned to explain their decline, global climate change, overfishing, physical obstacles to freshwater migration such as hydroelectric dams and turbines, parasitism and exploitation of the Sargasso Sea have been mentioned. The role of pollution in the decline of these fish is still largely unknown. This research project is a joint initiative of researchers from Québec and France. Its main objective is to examine the relationships between pollution, both inorganic and organic, and the health of Atlantic eels. Indeed, contaminants released in water by urban, industrial, mining and agricultural activities accumulate in yellow eels during their long phase of somatic growth and could affect their growth rate as well as cause tumors and lesions. Furthermore, during their reproductive migration, silver eels mobilize their energy reserves to fuel migration and for gonad maturation. Accumulated contaminants could then be released massively and cause toxicity in the adult or be transferred to embryos. For eels from both continents, this project will examine the relationships between accumulation of contaminants and genetic diversity, health and reproductive potential.

Our team is in charge of the study of the impact of contaminants on the neuroendocrine control of eel reproduction.