The Pacific oyster, Crassostrea gigas, is one of the most important aquaculture shellfish resources worldwide. Important efforts have been undertaken towards a better knowledge of its genome and transcriptome, which makes now C. gigas becoming a model organism among lophotrochozoans, the under-described sister clade of ecdysozoans within protostomes. These massive sequencing efforts offer the opportunity to assemble gene expression data and make such resource accessible and exploitable for the scientific community. Therefore, we undertook this assembly into an up-to-date publicly available transcriptome database: the GigaTON (Gigas TranscriptOme pipeliNe) database.

We assembled 2204 million sequences obtained from 114 publicly available RNA-seq libraries that were realized using all embryo-larval development stages, adult organs, different environmental stressors including heavy metals, temperature, salinity and exposure to air, which were mostly performed as part of the Crassostrea gigas genome project. This data was analyzed in silico and resulted into 56621 newly assembled contigs that were deposited into a publicly available database, the GigaTON database. This database also provides powerful and user-friendly request tools to browse and retrieve information about annotation, expression level, UTRs, splice and polymorphism, and gene ontology associated to all the contigs into each, and between all libraries. 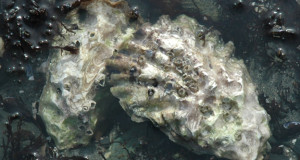